#A to Z Blogging: Q- R for Miniature Record Store 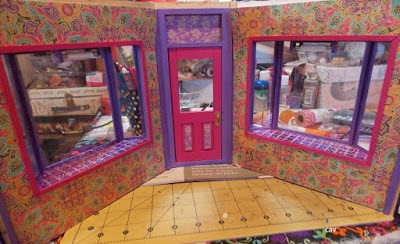 * Today is Quite the Record for Q and R!

I've been working on this miniature record store made in one of the Houseworks Street of Shops stores for quite a while.

I'm enjoying how it's turning out as I wanted it to be ultra-colorful like the 60's and 70's. I figured if I ever got tired of it being a record store, then I can easily turn it into a hippie pad.  ha! I have some furnishings I'd originally wanted to use in here, but don't have the room right now.

The showcase was fun to make. I filled it with various items like, er, those essential hookah and smoking devices that were so common back then. 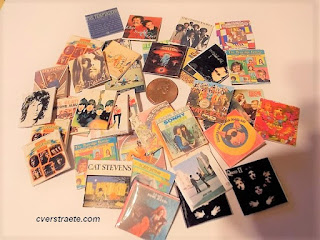 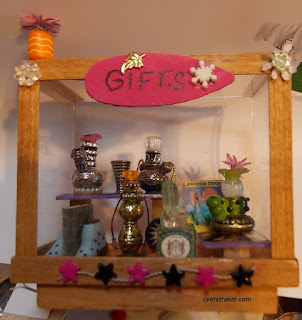 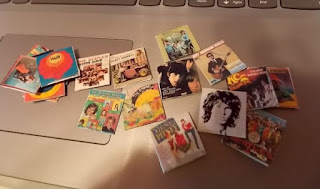 I love the idea of all the record albums, though I admit it got rather tedious making and making more of them! And there's more than this shown here! I had to cheat a bit in the bookcase I'm filling and made some foldable record "stacks" for the shelves. And I still have another table to build and fill with more records yet! 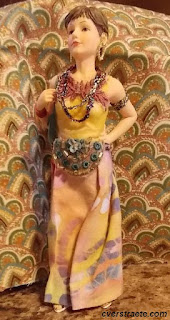 The figure was one of those resin dolls. I covered her pants with a tie-dye skirt, added some decorative elements and lace cut out from a ribbon and added some jewelry made from findings and decorative cloth trim. I still want to add a few more things on her. She needs some longer hair and a tie-dye kerchief on her head, I think.

For record players, I'm using keychains that will make a riffing sound if you press the center button. There's more done, but I'll save more pix until it's assembled more.

And something, er, different....

Yes, it's what you think. ha! The kit leaves are from Mary Kinloch. 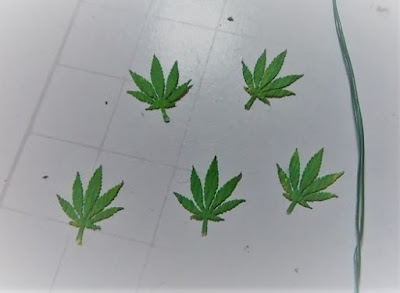 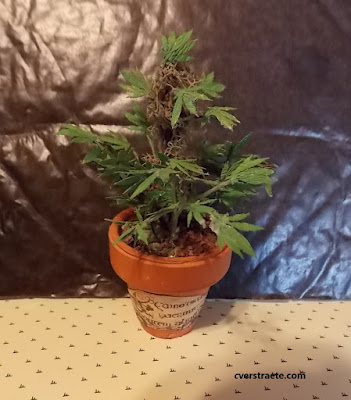