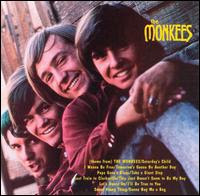 What a shock to hear that one of my favorites, Davy Jones of The Monkees died today of a heart attack at 66. (Hard enough to think of so many of these guys at that age!) 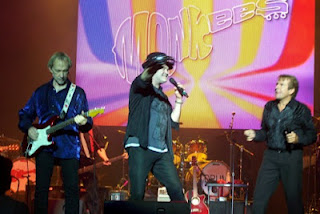 The finalists are up for Best New Product at Miniatures.About.com. Love to get your votes! The online poll is open until March 1. 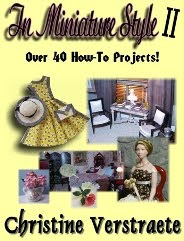 In Miniature Style II (available in print and ebook) was chosen as a finalist for the About.com Readers' Choice Awards for Best Miniature Product!

The next round of voting begins on Feb. 22 to March 21. Stay tuned for details!

The 2011 Agatha Awards honoring "traditional mysteries" typified by the works of author Agatha Christie and others are given to books and ebooks published in the US. The winner from among the 2011 entries will be awarded at the annual Malice Domestic convention, April 27-29 at the Hyatt, Bethesda, MD.

Best Nonfiction:
Books, Crooks and Counselors: How to Write Accurately About Criminal Law and Courtroom Procedure by Leslie Budewitz (Linden)
Agatha Christie: Murder in the Making: More Stories and Secrets from Her Notebooks by John Curran (Harper)
On Conan Doyle: Or, The Whole Art of Storytelling by Michael Dirda (Princeton University Press)
Wilkie Collins, Vera Caspary and the Evolution of the Casebook Novel by A. B. Emrys (McFarland)
The Sookie Stackhouse Companion by Charlaine Harris (Ace) 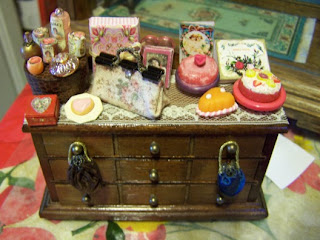 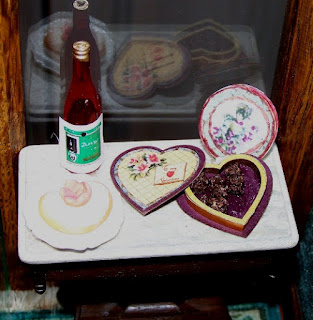 Today, I'm sharing two passions - miniatures and writing. Here is a small scene containing some items made by my friend, Kitty. I made the larger cakes and small red Valentine box (yes there are cards inside!)

To celebrate as part of the Valentine Day Blog Hop, comment to be entered to win a copy of my light horror ebook, THE KILLER VALENTINE BALL.

Jess reluctantly goes out on a blind date... a date that ends up being a night she'll never forget...
Light horror with a touch of humor! 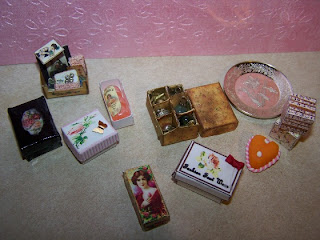 A few of the minis my friend Kitty made and sent to me for Valentine's Day. She's so great at making all this dainty stuff! 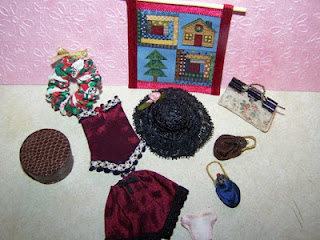 Official press release from the Royal Oak MI City Attorney: (Text is condensed; Specific persons and locations have been masked for privacy.)
On Saturday, Oct. 15, 2011, a X resident approached a woman (a friend of a person in the owner's family) holding two Dobermans outside (a grocery store). He asked the woman if the dogs were friendly and she said they were. As he came closer to them, one of the dogs jumped up and bit him in the face. After getting immediate treatment from store employees, the man went to the emergency room at X Hospital for treatment. Hospital staff had determined that the bite had broken the man's nose.

The dog owner was issued two misdemeanor citations, one for dog bite and one for not having the dog licensed. Two pre-trial conferences were held in District court; the owner pled not guilty. A third is scheduled for Feb. 9.

In the context of plea negotiations on the pending citations, the city is looking for the owner to take reasonable steps to minimize the chance that the dog will attack or bite anyone in the future.
---

Law and government gone awry?
According to a report at Examiner.com,, Royal Oak, Michigan town officials are allegedly threatening to destroy a family's 4-year-old Doberman for "attacking" a man when he received a broken nose. The family claims it was an accident that happened when the dog jumped up and the man bent down at the same time.
(And dog owners, who hasn't had that happen? I saw stars the other day when I bent down and my German Shepherd looked up, and her head hit me in the nose.)

(NOTE: See update below and official press release above; draw your own conclusions but the dog is safe.)


*** UPDATE: After writing a letter to the city commissioners, I was informed this is now a court matter. City commissioner Pat Capello wrote: "... I am told that Heidi is not deemed a dangerous animal and will not be punished for her actions, at least not by the City of Royal Oak. Heidi's owner and the "bitten" party can settle their dispute in court, and Heidi will be allowed to remain with her owner..."

* See the family's blog, Save Heidi.com for background and petition. The case will be decided on Feb. 9.