Halloween in Miniature 11: Wizards and Dogs, Oh My! 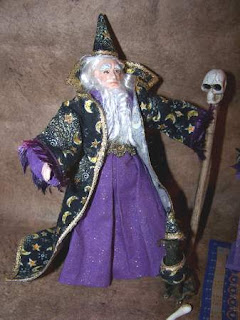 Welcome back! We're getting near the end of The 12 Days of Halloween in Miniature. (Link will take you to day 1).

Today, as they say in the classic Wizard of Oz movie... we're off to see the wizard!

Not just any wizards, of course, and certainly not the man "behind the curtain." Instead, I thought I'd share some fantastic wizards-- and their pets!

Witches always seem to have black cats. And while wizards seem to be associated with toads, dragons, frogs and other creatures, personally, I think a dog makes a perfect wizard's pet.

A dog is man's (and woman's) best friend, and in the case of my wizard, his dog (shown above), also helps the wizard with his own brand of magic. (Hence the dog's golden toenails.) 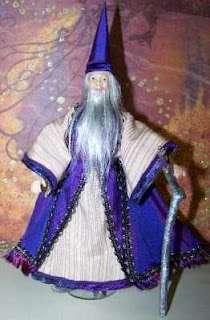 Besides being fond of pets, wizards also like to share formulas. This wizard is by doll maker Joyce McIntyre.

And lest you think otherwise, no, they aren't just preoccupied with spells and potions and whatever else.

Joyce's other wizard, whom she named the unwizardly Kenneth, seems to be hanging around a lot with the lovely Miranda.

Perfecting spells, so they say. 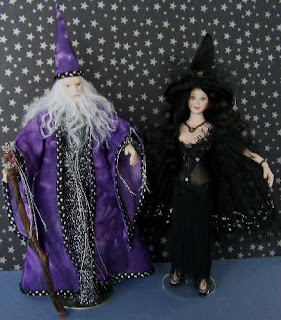 But when wizards aren't concocting potions, you often see them sitting at a desk cluttered with manuscripts. And even if you don't always see a pet in the picture, I bet a dog is just out of view. After all, don't dogs seem to have magical qualities? 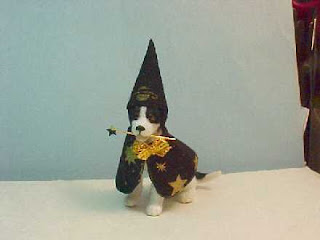 I'd be wary, though. This Dog Sorcerer by Alice Zinn from her "Dog for All Seasons" book may look cute, but I wouldn't be late with his dinner!


These miniature dogs were also dressed by Michelle Riley in costumes based on the patterns in Alice's fun how-to book, "A Dog for All Seasons." (Copies still available at the link.) And as Michelle, found, you can't have just one! 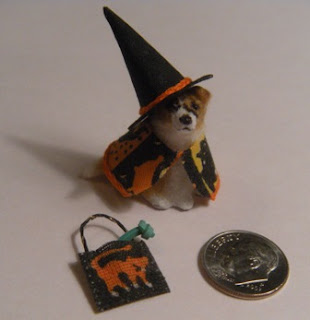 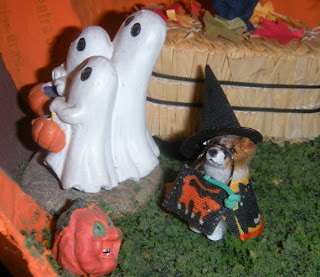 ** Look at these adorable needle-felted dogs