Or should I say likely...

Yes I bought a dollhouse kit when Hobby Builder's Supply's had the  40% off sale....

I got the 1/2" scale farmhouse by Real Good Toys. Here's a pic from the site. 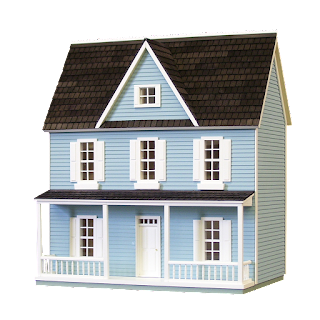 I mentioned some of this on the last post in the #AtoZ Blog Challenge - Z end and recap...

But... I decided I do want to make this into a Raggedy Ann house. My fascination with the doll began years ago. I had a couple dolls. Used to have a huge one I won in a costume contest as a teenager at church. I don't have them anymore, but it's nice to do miniature scenes since they take up less room. Well, kind of. When you have a lot of houses, you run out of room. Half scale at least takes up less space. ha!

* Here's some history and all kinds of Raggedy stuff at RaggedyLand. (Waaah, they had some cute miniatures but they're discontinued so I'll make some.) Cute ideas, I'll have to make a lunch box and love that thermos! It has to be tinier, though, as it's half scale!

This is the cutest book cover for wall art. I'll be making small books for a shelf, plus game and doll boxes. 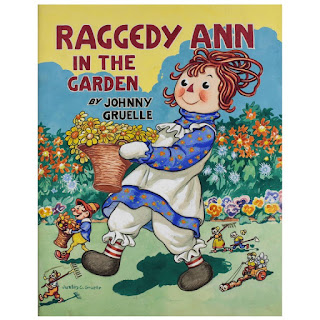 These are adorable, Barbie Kelly doll set. How cute! 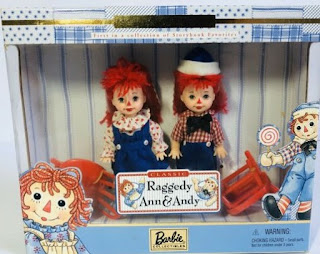 So thinking how to do this.The planning is the best part, I think:

* Raggedy lover Sheila on Raggedy Kingdom has an adorable Raggedy bedroom and a red kitchen in a 1/4" scale Victorian dome! (Scroll down on that page for pix.) I was thinking of a red kitchen, too. I like that idea.

* Here's another smaller scale house  she did with the patriotic color scheme.

I was thinking of doing the outside yellow with red and blue trim.... not sure yet.

Here's a Colorforms kit that shows a yellow house: I love yellow but for this, I'd change the green... 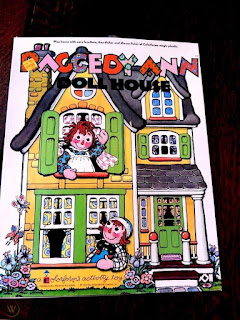 I might have some small scraps of Raggedy print fabric left from the other projects, but holy cow, checking Ebay, minimal choices and $$$. If we can ever leave the house soon!!! I'll have to go on a fabric hunt.

Yeah I have a ton of fabric but not any other RA print. Figures right? haaa! Luckily this is half scale. I don't need much!

Fabric I have on hand.. just some of the reds... Will ask my friend Gigi (who's also a quilter) what she has! 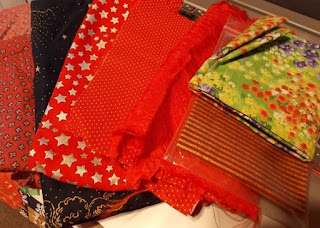 Looking into the scrapbook paper inventory:

Yes, the roses are bit big... but sometimes a bigger pattern works... I kind of like that blue and rose paper, though...  Bigger patterns can be broken up with wainscoting, too. 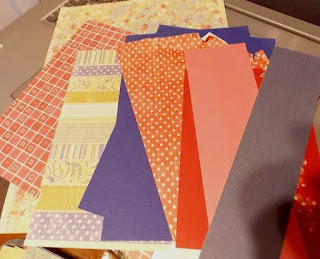 Kitchen: I like that retro style with the black leaves for the walls. The dots are cute as a back splash? It doesn't all have to be the dark blue with the red... but the colors can be mixed in. 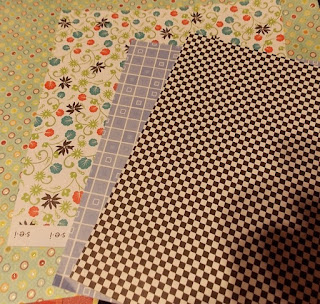 I like mixing prints. It's all subject to change, until I can go out, of course.

Stay tuned. We'll see what I figure out! I'll have to dig out the kitchen kits and see what I have.