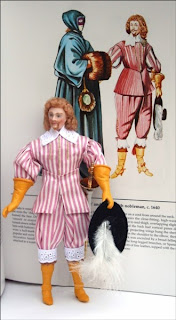 Miniature of the Month:

The realism, beauty and mastery of the work of such masters as Michelangelo, Vermeer and Rembrandt van Rijn, is not only unequaled, but continues to inspire artists working in a range of media today.

Most unique, may be a project recently undertaken by Massachusetts artisan and doll maker Lucie Winsky. Winsky, an artisan with the International Guild of Miniature Artisans (IGMA) was commissioned to recreate several notable figures and scenes from famous paintings as 1-inch-scale porcelain figures. (NOTE: 1-inch or 1/12th scale is 1 inch=1 foot, with men measuring 6" tall and women about 5"-51/4" tall.).

The figures Lucie has recreated so far include a generic nobleman, circa 1640, several figures depicted in famous paintings, and the artists themselves.

The famous figures and paintings include:
* The captain and lieutenant from "The Night Watch," Rembrandt van Rijn 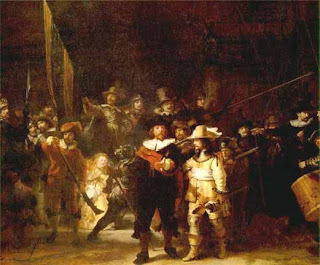 * "Self-Portrait with Two Circles" by Rembrandt 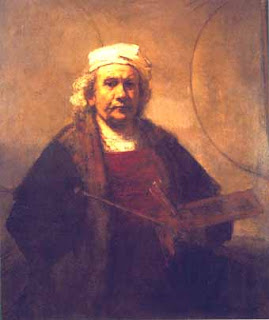 * A child in Jan Steen's "The Feast of St. Nicholas" 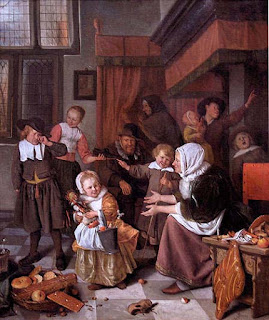 * The man in "The Merry Drinker" by Frans Hals 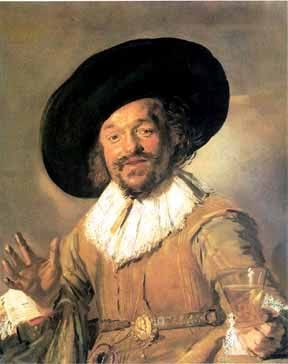 * The milkmaid in Johannes Vermeer's "The Milkmaid" 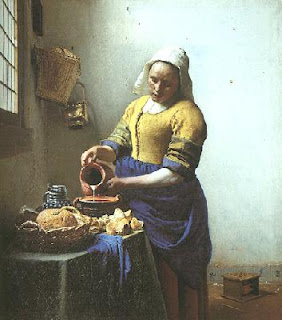 * The model (and artist) from Johannes Vermeer's "The Art of Painting" 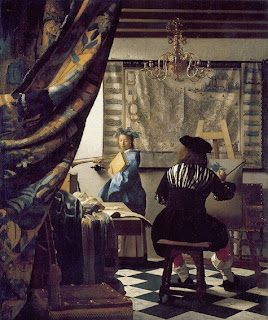 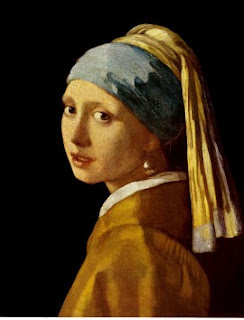 * And the "Portrait of a Jester with Lute," Frans Hals. 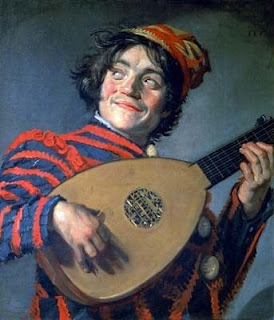 Like many artisans, Lucie gets nervous starting a project - "I always worry about commissions because the customer never knows what they will get," she jokes, but she surely didn't have to worry. The resulting figures (see below) look like they just stepped from out of the picture frames, don't they?

A stickler for detail, Lucie studies photos of the original painting and costume sources to determine how best to replicate the figures and their clothing. She uses commercial doll molds, but manipulates the porcelain in the firing stage to get the pose or features she needs as with Vermeer's 'Milkmaid.'

"I had a lot of fun doing this one," she says. "She started out as a Janna Joseph mold, but then she was cut up and reassembled and her face was altered to look like the painting. She took three months to make. I enjoyed sculpting those eyes!"

The dolls are then painted, dressed and wigged. She next must decide on the best fabrics to replicate the clothing, often going so far as to paint and print her own fabrics if needed, as she'll need to do with the Jester. Other times, it takes a little more research and imagination to achieve the desired results.

"Rembrandt's paintings are always on the dark side so I had to lighten them up in Adobe to see his clothes better," she says. "I had to guess at the lower half of his costume and referred to what was worn at the time of the painting. I am always haunting my local library. I found out that Rembrandt did more self-portraits than any other artist which is great for us who want to make a doll in his image."

For other figures like Vermeer's, Lucie had to rely on her imagination. "I can't find a painting of Vermeer's face," she says. "I guess he didn't do self-portraits. Mine is going to look like Colin Firth who played him in the movie 'Girl with a Pearl Earring.'"

Lucie's first finished figure was a nobleman circa 1640, the striking costume was based on an image from The Illustrated Encyclopedia of Costume and Fashion (Page 47)

The last figure? Judging from the results, who would wish for such a project to end? But Lucie admits that she, too, is just as eager to see the final project: "I am curious to see them all together." (So are we!)

The painting, also known as "The Company of Frans Banning Cocq and Willem van Ruytenburch," features Capt. Cocq (in black with red sash), his lieutenant, and members of the militia moving out. One of Rembrandt's largest works at 11' 10" x 14' 4", it is also noted for its suggestion of motion. 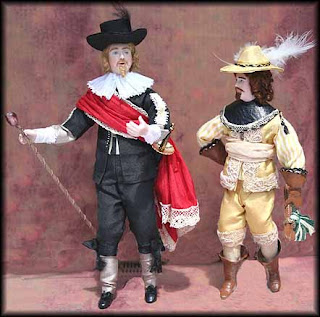 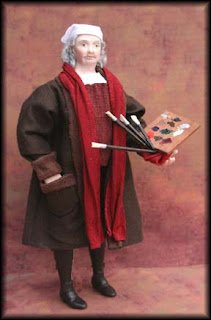 The charming scene features a family celebrating the feast day at home on December 6. Several stories are revealed as you look closer at the oil on canvas, 33.5" x 27". 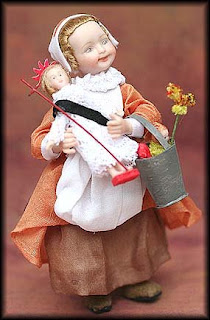 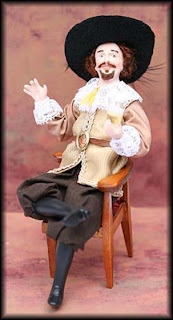 Girl with a Pearl Earring, Johannes Vermeer, 1665, The Mauritshuis, Hague, The Netherlands