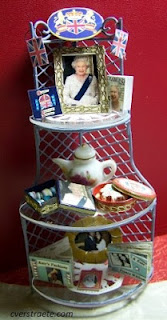 I finally got a chance to finish something and get the pix up here.

One of my favorite projects is my Tudor Tea Shoppe, which I made using a Houseworks porch kit as the base. (The aged brickwork is a tutorial in my book, IN MINIATURE STYLE II.

I will add more pix of the tea shoppe in an upcoming post. 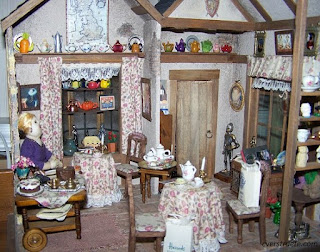 For now, I'm sharing some new minis I made, realizing - gasp - a major mistake! I didn't have any new pix of the queen for her 60th anniversary, and nothing celebrating William and Kate's wedding. 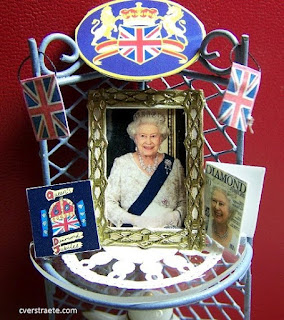 I made sweet tins with the queen's pic and her anniversary logo. One has a cake I made; the macaroons were made by my friend, Kitty. 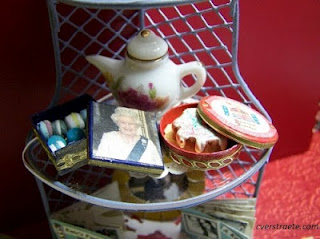 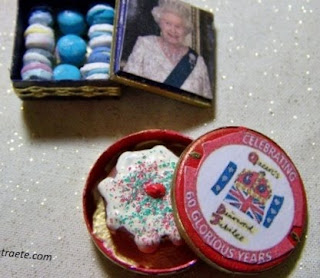 On the bottom shelf, I added Will and Kate's framed photo, and I made mini photo albums. Yes, they have mini photos in them too! 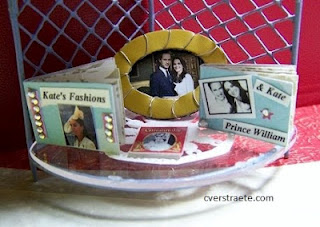